A Visit To Haunted Whitby

Whitby as it would have appeared in 1890, during Bram Stoker’s visit. Photograph: Alamy. Reprinted in The Guardian, July 28, 2015.

Last week I returned to the haunted seaside town of Whitby for the first time in five years. If you’ve ever visited this remote corner of North Yorkshire, you’ll know why I love it so much. Located where the windswept moors meet the cold North Sea, it has somehow managed to defy modernity. In fact, it looks much the same today as it did when Bram Stoker stayed here in the summer of 1890.

With its ruined clifftop abbey, ancient Norman church, winding cobbled streets, and small red-roofed houses clinging to the cliff side like old barnacles, Whitby is probably the most gothic town in England. Although it has inspired many novelists and poets over the centuries, Whitby’s greatest literary fame stems from the prominent part it plays in Bram Stoker’s 1897 novel, Dracula. 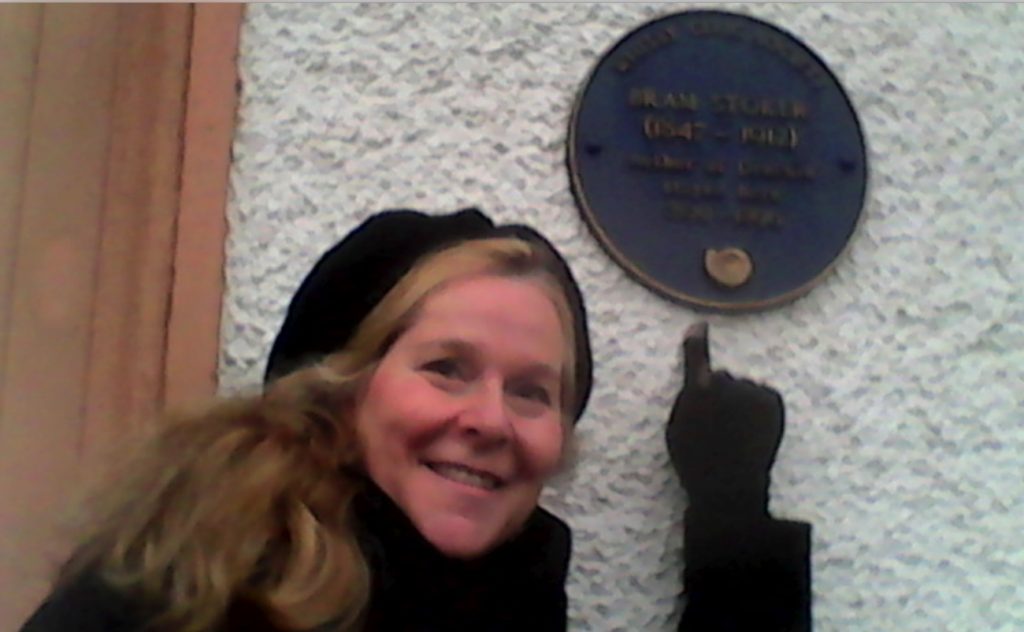 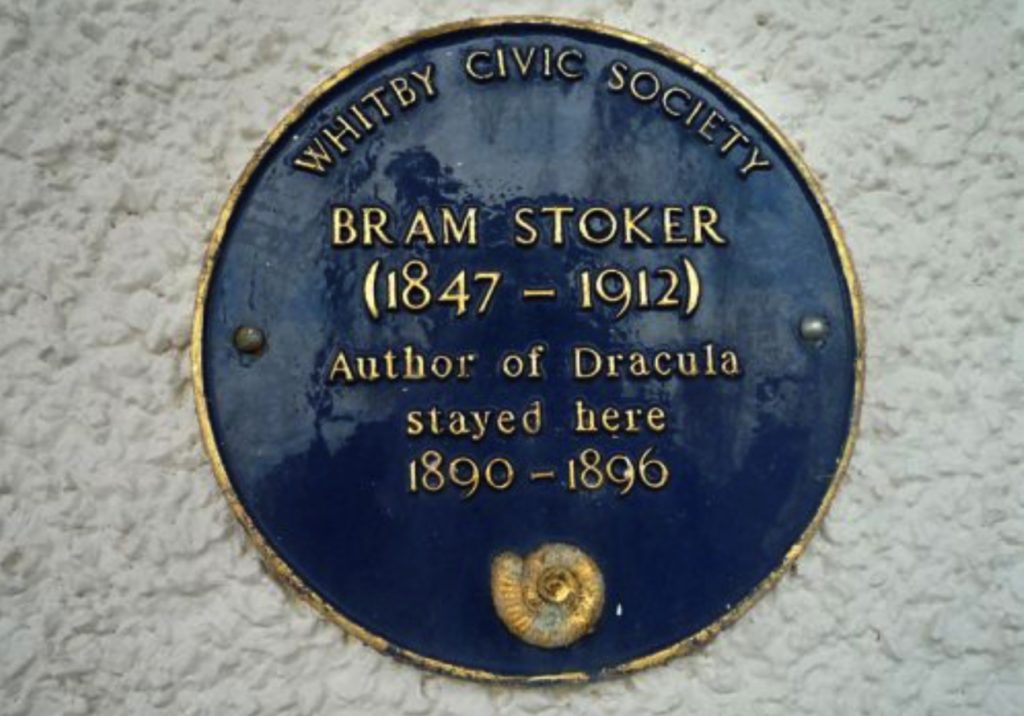 And here’s a close-up of the plaque itself!

As vampire fans across the world know, it was on Whitby’s shore that Count Dracula first landed in England. During a fierce storm, a Russian ship called the Demeter sailed into Whitby harbor. In the glare of a spotlight, horrified witnesses noted that the vessel was deserted save for a corpse lashed to the wheel. As the ship ran violently aground, a black dog sprang from the lower decks and leapt to shore. Other than the dead captain, the crew had vanished. The only cargo the ship carried was ballast of silver sand and mysterious boxes of earth . . . 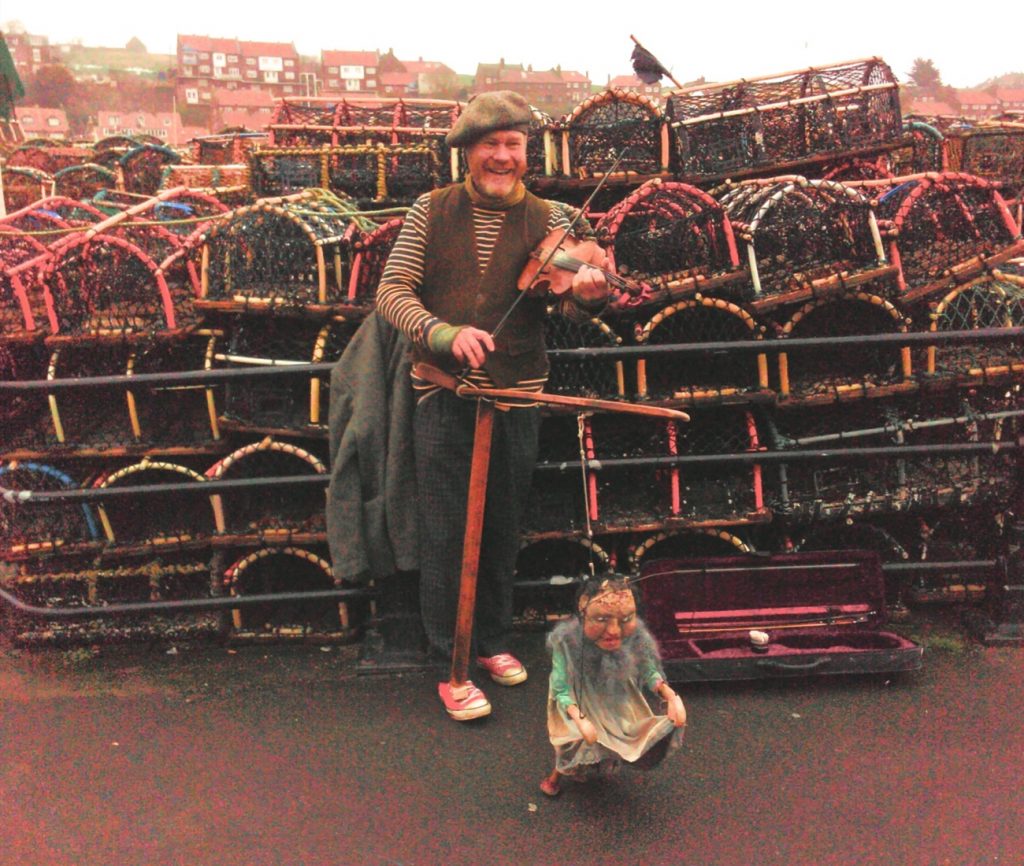 If you want to see where Lucy Westenra was attacked by the Count, you’ll have to climb the 199 steps up to Saint Mary’s Church, in the shadow of the ruined abbey. If you arrive by train, walk along the quayside then cross the swing bridge to the oldest part of the town. (Although many of the shops now cater to tourists, after nightfall these winding cobbled byways revert to haunted medieval streets.)

Follow Church Street to the cliffside stairs (be careful–centuries of visitors have worn the steps down), and you will reach the graveyard of Saint Mary’s. Many of the older tombstones have been eaten away by the salt wind, and now their epitaphs seem to be written in a strange, phantasmagorical language.

It was on a bench near these eerie graves that innocent Lucy took her first tentative step toward becoming one of the undead. But unfortunately for the citizens of Whitby, it’s not just the undead who are rising out of their graves these days. After a particularly heavy rainstorm in 2013, part of the cemetery’s cliff edge tumbled away, dislodging human bones . . . 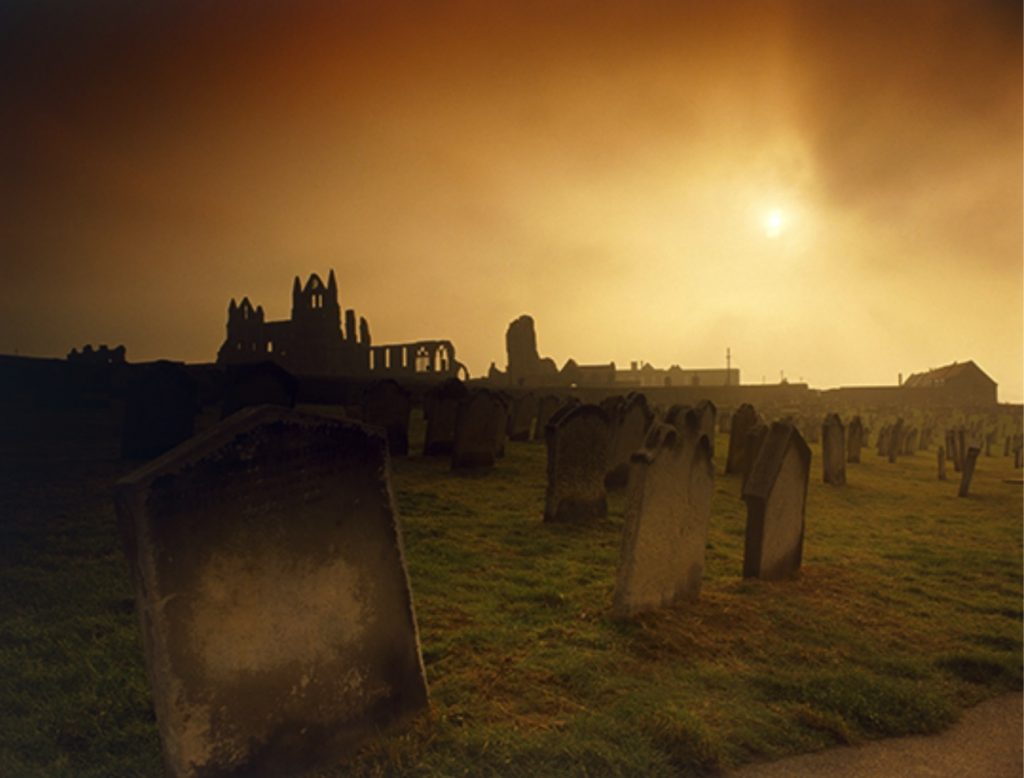 I came from the station by an ancient street, winding and narrow, with cavernous closes and yards opening from it on either side, and flights of uneven steps going upward to high terraced houses, or downward to the harbor and the incoming tide. I saw there many gabled houses, sunken with age far beneath the level of the pavement, with dipping roof-trees and bowed doorways, with traces of grotesque carving on their walls. And when I stood on the quay, there on the other side of the harbor was the most amazing confusion of red-tiled roofs that I have ever seen, and the great grey Norman church high on the bare hill above them; and below them the boats swinging in the swaying tide, and the water burning in the fires of the sunset. It was the town of a magic dream. I stood on the quay till the shining had gone from the sky and the waterpools, and the winter night came down . . . 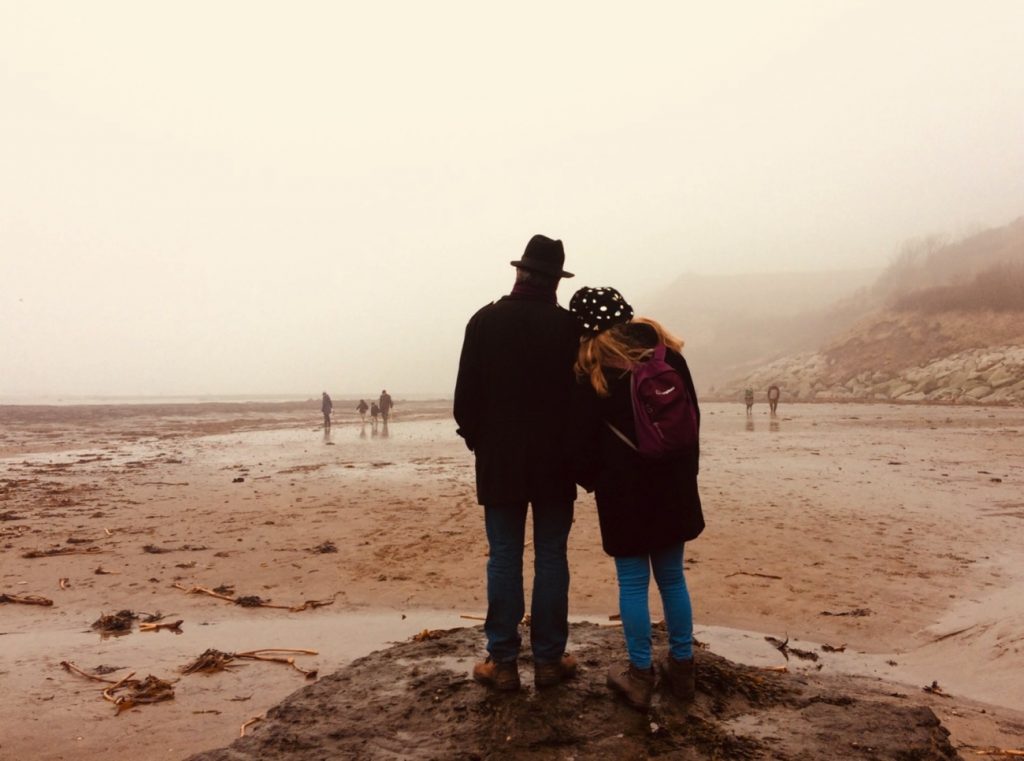